Founded in 1982, the company quickly saw the need to add “flash” to flies as a means of improving the fly fisherman’s productivity and ingenuity. Based on years of experience in the world’s most exciting fishing destinations, the company founders instinctively knew adding a synthetic accent that caught and reflected light to traditional marabou feathers would reap a better catch. It did.

This discovery led to the birth of FLASHABOU and Hedron, Inc. opened its doors for business in 1982 as FLASHABOU, Inc. This “marabou flash” instantly kicked off an industry-wide craze. FLASHABOU’s super strong metallic fibers were soon a part of flies and lures everywhere. Manufacturers added the flash to their fly patterns. And individuals, for whom tying was a hobby, an art and a passion, had whole new worlds opened to them.

FLASHABOU set the industry standards and led the way for numerous imitators and countless product variations. Today the Original, Genuine FLASHABOU is joined by a complete line of synthetics for the enthusiast, including: Glow-in-the-Dark FLASHABOU, Holographic FLASHABOU, Saltwater FLASHABOU, FLASHABOU Accent, Big Fly Fiber, Polarflash, Wing N’ Flash and a variety of other products.

By 1990, the company was developing and manufacturing products that went beyond the fly industry and was quickly becoming a major source of raw materials to the jig and spinning industries as well. It became increasingly clear that to expand the company’s reach into the general fishing community; a name change was in order. That year the name was officially changed to Hedron, Inc. Loosely speaking, Hedron means “geometrical figure having a specific combining of form”. Hedron describes the enterprise well. 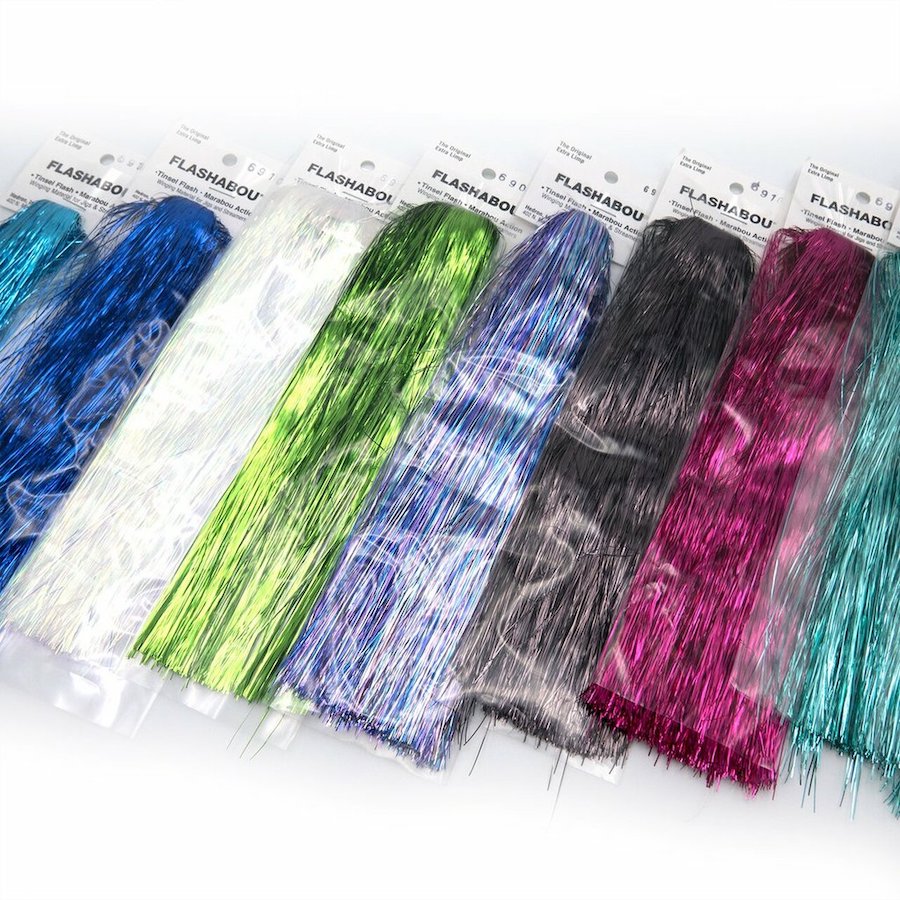 Flashabou is the original metallic tinsel flash for fly tying and lure making. Made of soft mylar strands, Flashabou has brilliant light-reflecting properties and a lifelike movement in the water. Perfect for salmon, steelhead, pike, and saltwater flies as well as jigs, spinnerbaits, and … more

Holographic Flashabou is the original and authentic holographic tinsel flash for fly tying and lure making. Made of soft mylar strands, Holographic Flashabou has a 3D color effect that creates an extreme spectrum of light and a lifelike movement in the water that fish can't resist. It is one … more