In 1936 Dan was a professor at Brooklyn Polytechnic Institute in New York City, and he was working on his doctorate in atomic science at NYU. He married Helen in 1936 and they drove to Montana for their honeymoon. Dan spent the summer camped on the Madison and Gallatin Rivers. Helen had to go back to New York City and work. Again they came back for the summer of 1937. Driving from Bozeman to Livingston Helen drove off the road, which was a winding mountain road. The car had to be towed to Livingston to be repaired and it took three days for the repairs. As Dan walked around Livingston he found a small space to rent on Park Street a block away from where we are located now. The cost was $20.00 a month. Dan found during the previous summer and the summer of 1937 he was unable to buy supplies for fly fishing and got the idea there was a need for a fly shop. It was back in 1938 that Dan Bailey established one of the region's first and foremost fly shops in Montana. As a pioneer in fly fishing this storied region, Dan became an expert in knowing just what it takes to be a successful fly fisher here.

These are much easier to walk over rocks with than dry spikes, and they hold better.

These stream cleats with vulcanized rubber and neoprene tops are tougher and easier to get on and off. They offer greater durability and have a loop on the back to help pull them over your wader shoes boot foot. A lace around the top keeps the heel from slipping off. Aluminum costs through the … more 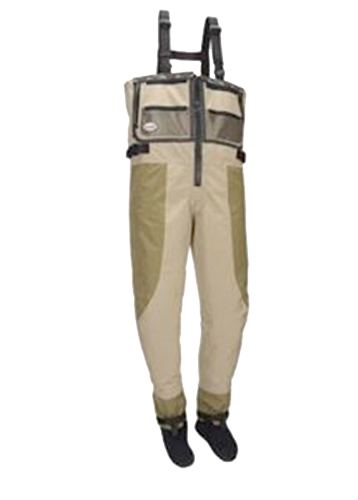