Waterworks was formed in 1996 when fishermen who happened to be product designers figured a better way to release a fly-caught fish. The status quo, the hemostat, wasn't good for the fish or the fly. Their solution was an innovative tool that allowed a fish to be released without handling, and the fly to remain intact. Named after their hometown in Idaho, they called the tool the Ketchum Release.

Those same fishermen were also bicycle enthusiasts and prior to forming Waterworks, had honed their skills in the world of high performance cycling, creating and patenting cutting-edge components and mountain bike suspension technology. Eventually turning their focus to the fly reel was a logical thing to do: Reels were, essentially, a wheel on a frame.

Fly reels were heavy, overly complex and unreliable. They had slow retrieve rates. They caused line to coil and drag tension as line fed out. The designers wondered, "what would the perfect fly reel look like?" The ULA (ultra large arbor), the power arm frame, the conical sealed drag, the integrated counterbalance — all were the results of this early work and formed the basis of an enduring architecture.

In 1998, Waterworks acquired Lamson and, along with Waterworks Force reels, now had two brands sharing the core technology and design ethos of simplicity and function-driven styling. The line-up of reels has radiated into specialized niches over time: two handed, salt water, super-arbor, and rugged environments. The pursuit of inspired design and solid engineering has driven Waterworks-Lamson's fly reel innovation for two decades, with no end in sight.

The Waterworks-Lamson Arx Fly Reel is a beast of a reel designed to maximize your line control—no matter what type of line you're using—and prevent hitches in your delivery. 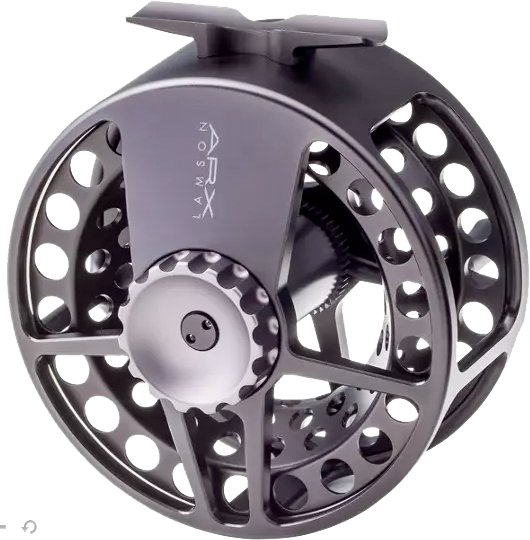 Get your smooth on when spey or switch casting. The Waterworks-Lamson Arx Fly Reel is a beast of a reel designed to maximize your line control—no matter what type of line you're using—and prevent hitches in your delivery. Its full cage frame totally encapsulates the spool, which … more 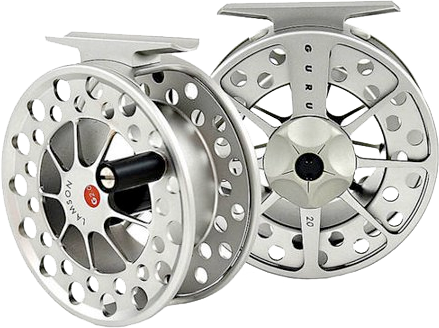 Newly introduced in 2009, Guru entered the Lamson family as our lowest-priced fully machined reel.  The signature arm-style element on the frame combines with open spokes to maximize structural strength and minimize weight.  As with our other reels, Guru features true large arbor … more

Fully machined in the USA, the Guru II features a clear Type 2 anodized finish, ensuring that this reel will look good and play hard for years to come. 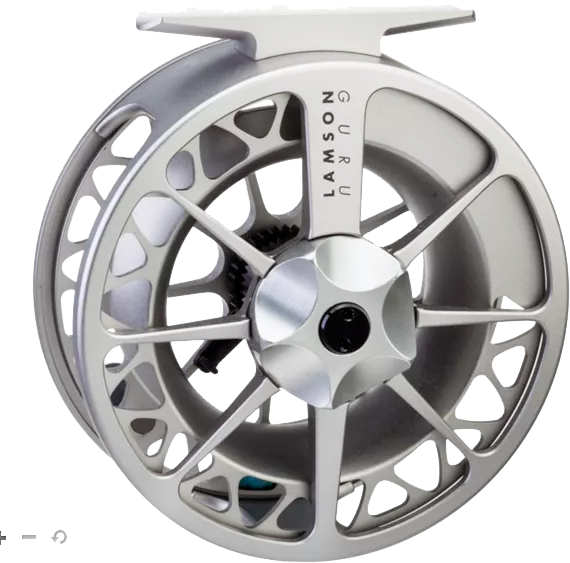 This series is well-known for providing excellent quality at an affordable price. Waterworks-Lamson continues that tradition of excellence with its Guru II Fly Reel, a stalwart and stylish reel with a taste for adventure. The C1 Design Group at Waterworks-Lamson has updated Guru's large arbor … more

The Liquid was built purely on the virtues and advantages a pressure-cast process can offer while still providing excellent value.

Let’s face it, die-cast reels are intended to be low-cost alternatives to machined reels, right? Imported. Heavier. Easier to damage. Plain Jane. Well... not anymore. When creating Liquid, we focused purely on the virtues and advantages a pressure-cast process can offer. Structurally, you … more

A reel combo pack at an extreme value

All together now. The Liquid 3-Pack includes one Liquid reel and two spare spools in a nylon carrying case all for the price of one reel and one spool. Liquid offers everything you need in a fly reel at an absolute bang for your buck—and this new combo pack opens up easy … more

Lighter without sacrificing strength, the Litespeed Hard Alox comes in a close second to a corresponding Force reel in terms of retrieve rate and weight, and each shares our patented maintenance-free, super smooth conical drag. 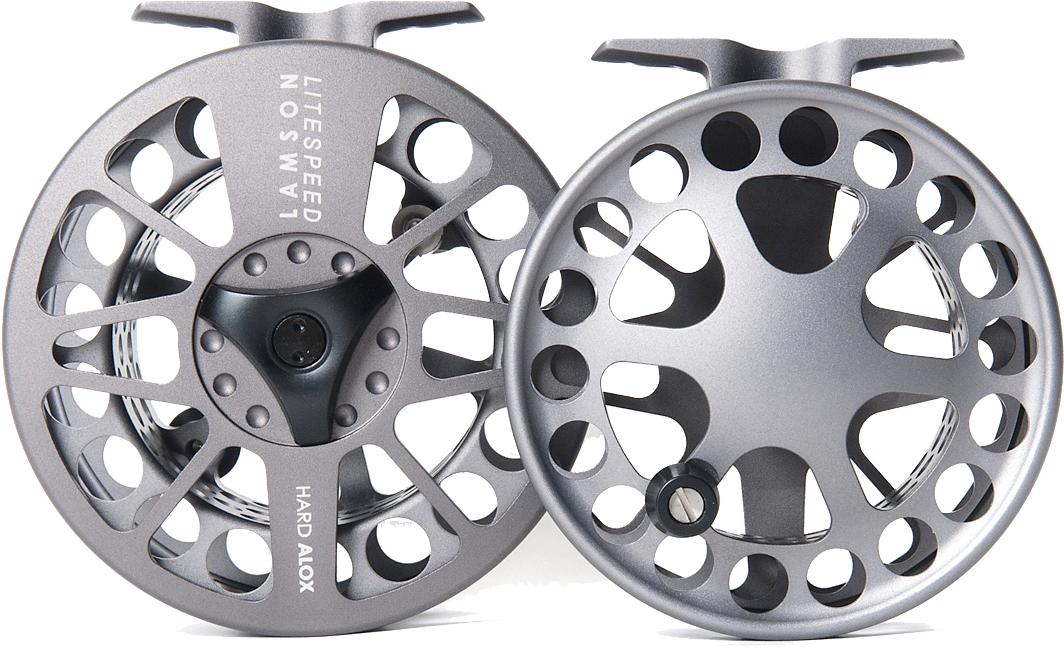 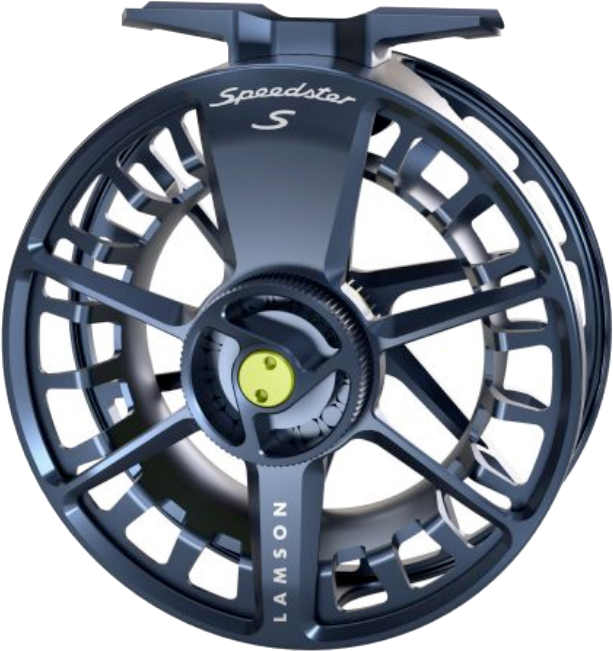